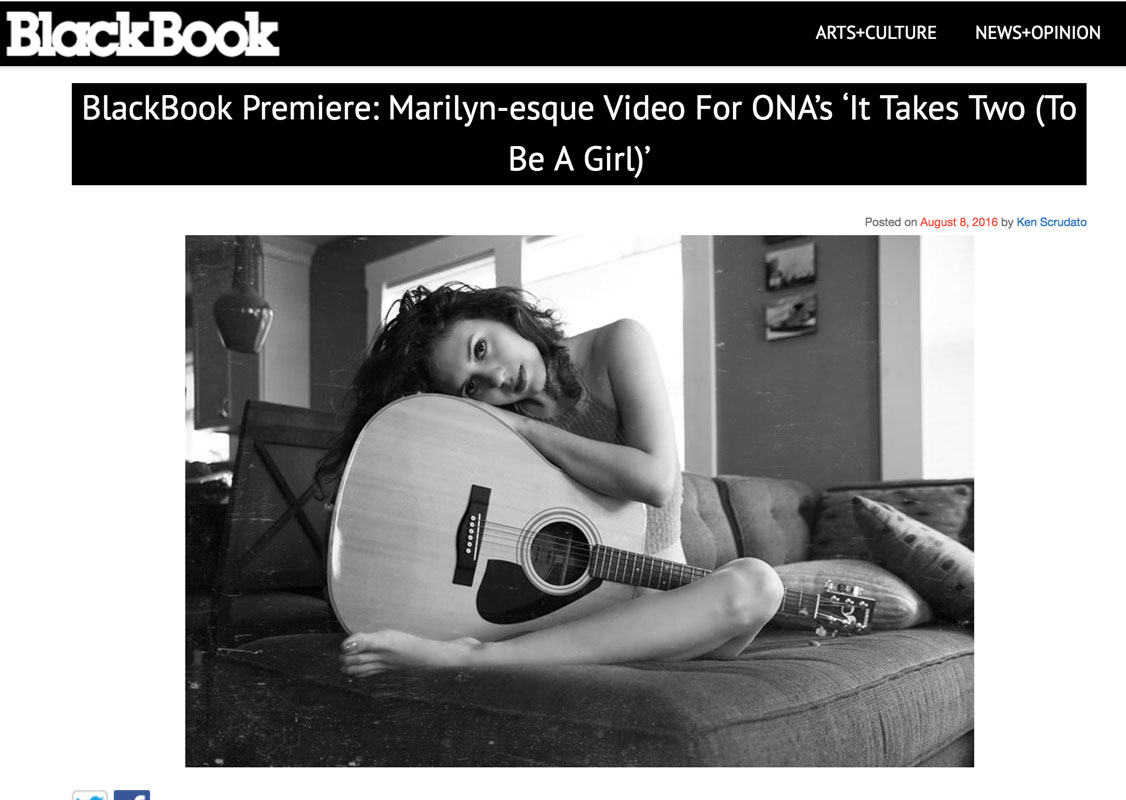 08 Aug Blackbook Premiere: Marilyn-esque Video For ONA’s ‘It Takes Two (To Be A Girl)’

It’s a strangely existential pronouncement, to be sure. But New York based singer, poet, and multimedia artist ONA’s new single “It Takes Two (To Be A Girl)” is certainly food for metaphysical thought.

The bold “pro-sex” Fourth-Wave Feminist has fearlessly and daringly held forth on female sexuality, been written up in Artforum and had her work exhibited at NYC’s Johannes Vogt Gallery. But her first foray into music finds her in a somewhat more melancholy aesthetic and philosophical state of being. Indeed, “It Takes Two (To Be a Girl)” calls to mind the wistful longing of Lana Del Rey, yet with decidedly sexy, Euro cool overtones.

The video itself plays with the ideas of public vs private lives, reality vs fantasy. Done up like Marilyn Monroe and snapping selfies alone in her room, ONA lyrically contemplates, “What am I / but your photograph / Converted to a dream / so you feel like I should seem?” A meta masterstroke, it succeeds both as art and as media critique.

An incomparable talent, expect to hear and see much more from her.