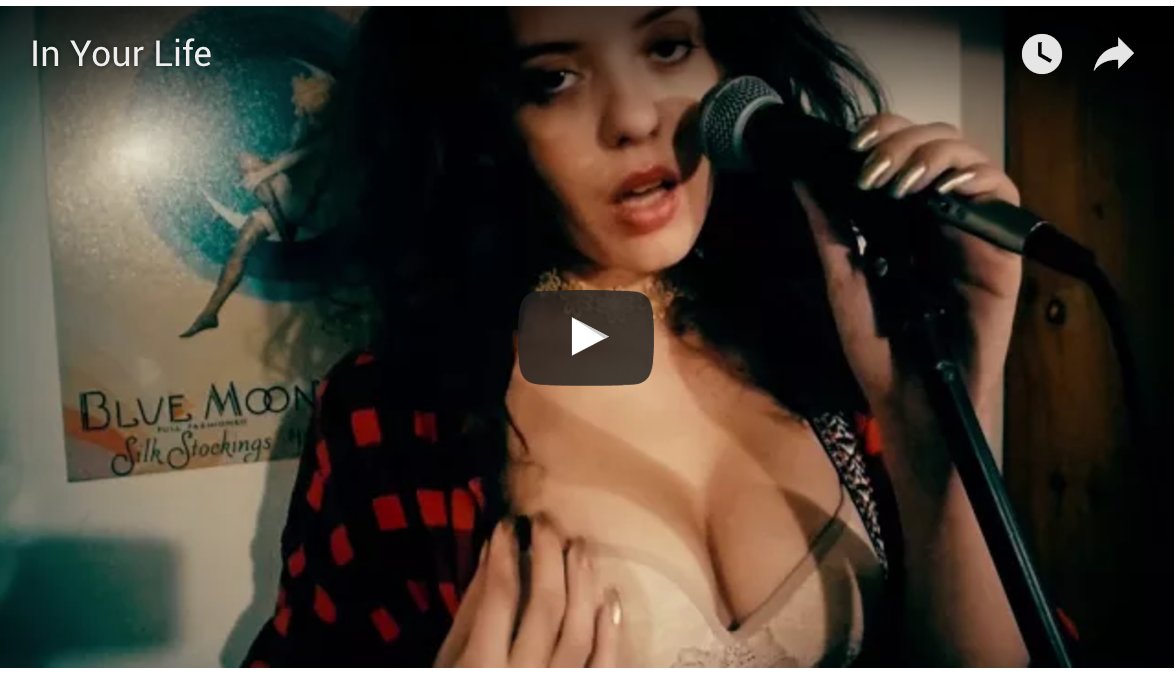 “Ona burst into the universal pop conscious at the beginning of 2016 with her Sex Rock EP where her blueprint of boudoir bedroom pop was laid out to take over the future of what chamber rock should be. With news abounding that the vocal pop star/model/heroine has been working on her ambitious album debut Lullabies for Daddy, ONA proudly presents her self-created video for her new single “In Your Life” that couples together future synth-waves with early 70s glam rhythm & blues sensibilities & prestige. A mover & shaker & mensch in her own right; Ona’s work has been displayed in the Johannes Vogt Gallery, noted for her pro-sex approach to fourth-wave feminism as she evolves the idea of the pin-up as ruler & matriarchal overlord of a sound style, aesthetic class that is all her own and belonging to no one else.

A Brooklyn pop star that is on the rapid high rise, Ona’s addictive approach to the pop song convention exceeds even her own self-styled extreme selfie model facet of expression by way of veiled, teased & alluded exhibitionism. Ona disarms with lyrics like “you can’t hold on if you’re holding a gun” that instantly has her captivated audiences laying down their arms as the entire production of endearing & eagle soaring vocals erupts into a blitzkrieg of hand claps and cascading synths that heighten all levels of involved sensory mechanics. Ona takes the conversations held over from evening phone chats the spill into the confrontation IRL spheres of discourse where requests for earnest & intimate acceptance are the requirement for joining the artist along her own designed voyage. This exchange is done by Ona throwing every big pop hook trope-trick-in-the-book at the audience with a recording session arranged like something out of a Russ Meyer classic for the future age.”